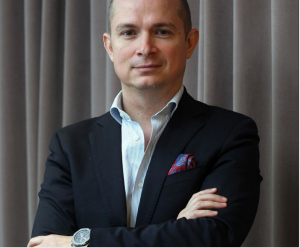 Audemarsin is pleased to announce the appointment of Antonio Seward as the brand’s North American CEO, effective August 1, 2017. Antonio Seward was born in the Argentinean family in London, England, whose father was a diplomat and his mother was an artist. He holds a bachelor’s degree in history from the King’s College London and a master’s degree in political science from the Paris Institute of Political Science. The life experiences of international cities such as Buenos Aires, Paris, Miami and Singapore have further enriched the multicultural background of Antonio Seward.

With years of leadership experience, Antonio Seward for the development of the brand has brought a broad vision. Antonio Seward will work with his team to partner with the region’s major partners to further expand the branding business.

Antonio Seward said: “To work for such an excellent brand and experience a lot of extraordinary moments, I have been so unique in the past ten years.We will focus on the North American market, establish direct contact with customers, practice innovative retail and distribution I am looking forward to opening a new chapter with Audemars Piguet.